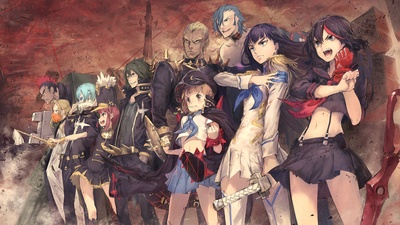 Earth in 2415 is a very different place. In ages past, rifts from alternate dimensions appeared and great beasts and monsters invaded our world. Through a massive effort and advances in dimensional physics, these beasts were captured and placed in a hyper-dimensional prison called the Diamond. Centuries passed in peace, until a disgruntled scientist, Dr. Julian Webb, attempted to transfer the power of the Diamond to himself, and in doing so, set off shockwaves of dimensional energy that devastated Earth and freed the great beasts of legend once again.

A small group of scientists, lead by Dr. Helen Monroe, founded Power Inc. to try and stop the destruction. The team discovered a way to grant superhuman powers to humans, but only to those who's development was still in process could survive the transformation. Only children could be granted the power to save the world.

In 2415, the Lyceum has been created to teach these children the discipline and teamwork they need to face the beasts of legend and save the world.

Power World has no Events.

Power World has no Territories.

Power World has no primary characters.

Power World has no Artifacts.

Power World has no notes.