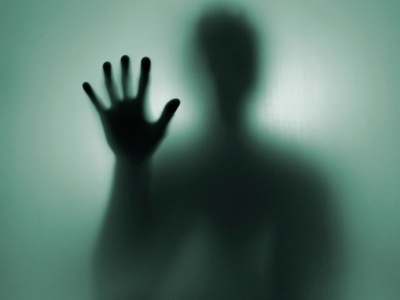 When did it start? Who were the first to know? Why do you feel like you were the last to find out? How can they be so sure that the asteroid will hit the planet? They must be sure, or they wouldn't have spent all that money to build all those space stations and run off to hide on them. Those filthy, rich cowards. But isn't that what everyone's trying to do now? Escape the planet before it explodes in a fiery whoosh of extinction?

A quick search on the net made it clear that anything bigger than a mile in diameter would be enough to wipe out just about all life here, and the way they talk about this thing, the "planet-killer", it's gotta be bigger than that. A little more time on the internet led to an archaic looking forum for a group called ALL OR NONE that doesn't seem to exist anymore, but over the last couple of days posts have been showing up left and right. Ever since that shuttle got shot down right after launching. Why would someone do something like that? They told us there was enough room up there for everyone to escape. They said it would be a fresh start for humanity, a necessary step for our survival. They wouldn't lie about something that major, would they? The news made them all seem like such humanitarians, even though the brief interviews with those CEOs gave you the feeling they were reading from scripts written by people who went to school to learn how to manipulate people with the ability to feel feelings. Anyway, screw those hypocrites. How can you name your group The Deliverers and not be some kind of evil megalomaniac?

Deliverance. Escape. Escape or die. According to the forum, after the shuttle got shot down, the evacuation sites got closed off. Lots of explosions, lots of people missing, lots of rumors. Some rumors that they've canceled the evac. That the rest of the shuttles got sabotaged, maybe by The Deliverers, maybe by terrorists. Now there are posts popping up with locations of supposed escape shuttles, smaller than the huge ones that were taking off before, but big enough to hold survivors. Anyone strong enough, fast enough, smart enough to get there in time. Some have already been found. Some weren't there. Too many dead ends. Here's one! This one just got posted and has the least views so far. Hmm...better grab a coat and get moving. It's pretty cold in Montana this time of year...

Deliverance has no Events.

Deliverance has no Territories.

Deliverance has no maps.

Deliverance has no primary characters.

Deliverance has no Creatures.

Deliverance has no notes.